In simpler language, caching is used for speeding up access to certain set of frequently accessed data. A cache is a layer b/w the client and the server. Each request that the client makes to the server, first goes through the cache. This serves two purpose :

Example of a cache hit:

Example of a cache miss:

Let’s see how the above concept is applied using a real world example. 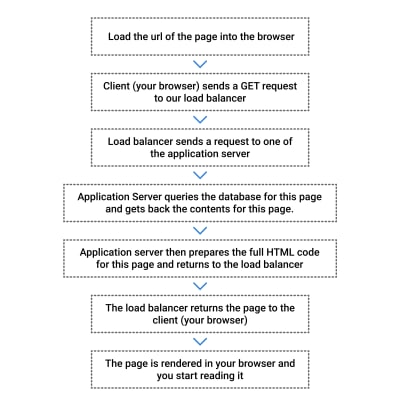 This is how our server configuration would look like without caching: 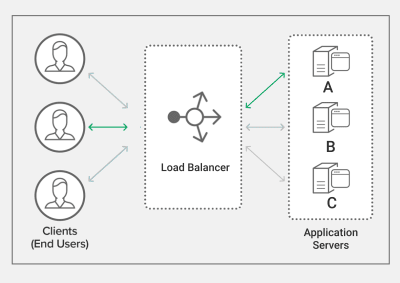 Out of all the above steps, there are two steps which take the most amount of time and are responsible for most of the latency that comes while loading this page :

This is our architecture diagram with caching. A cache is placed b/w load balancer and the application server. 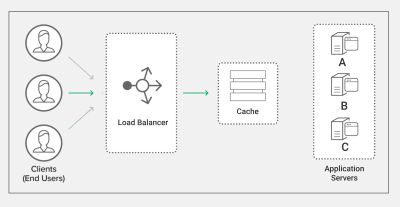 See the below GIF to get an idea on how the request is handled when we use a cache:

In the above example we saw how cache makes the page access faster by storing a copy of the page and returning that when any request comes.
But what if, I change the contents of the page in the database ? In that case the data in the cache would become stale and we wouldn’t want our readers to be served stale data!

To solve this problem, we need to define the Cache Invalidation policy for the cache. This policy determines how the cache behaves if the data in the cache is modified/written. There are three popular cache invalidation strategies that are used frequently :